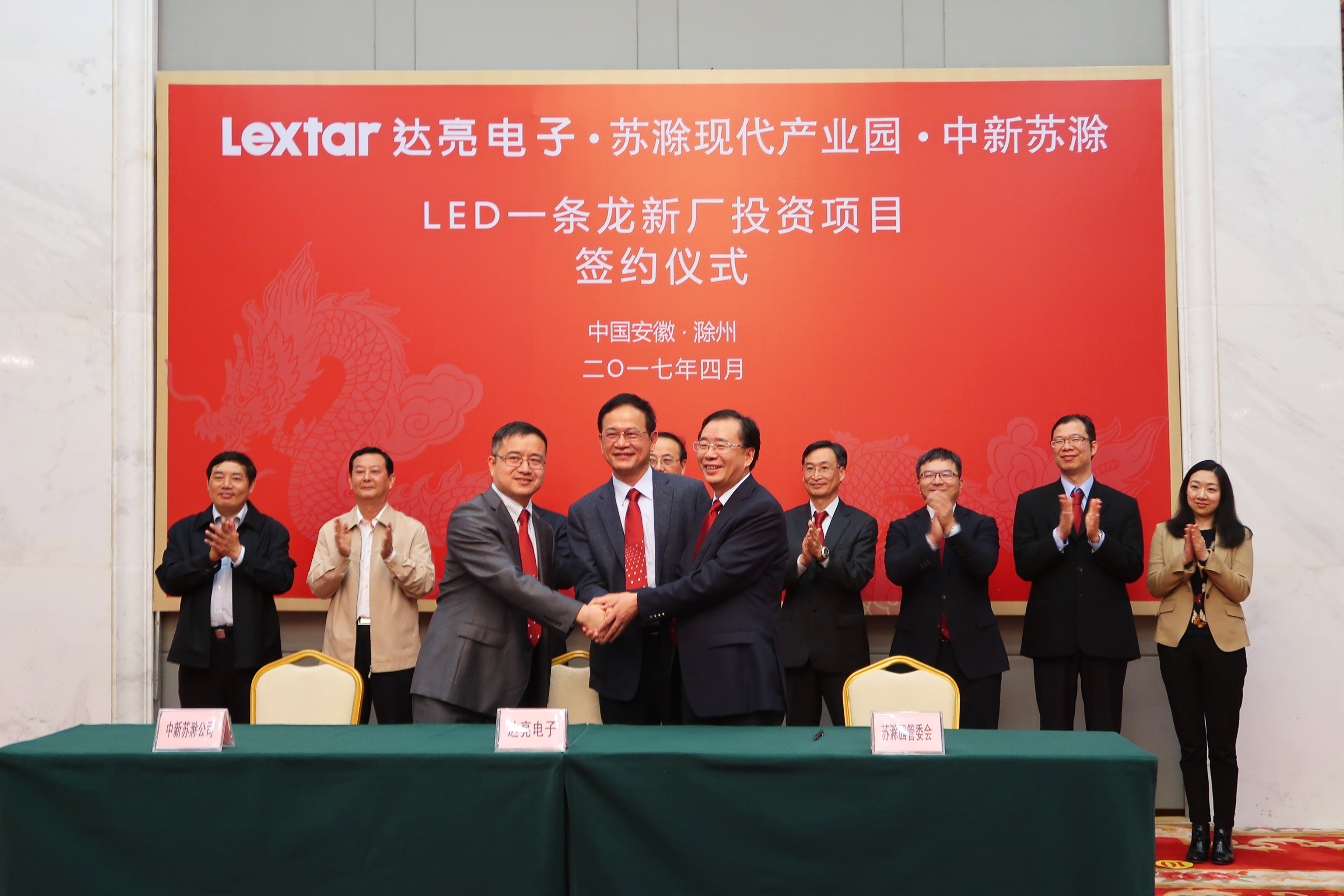 The investment project of Lextar Electronics in “Suzhou & Chu Zhou Modern Industry Park” of An Hui Province covers 120,000 m2 of land area. The construction is scheduled to start by the end of this year and will start conducting mass production in 2019. In the future, it will hire approximately 3,000 employees. Dr. David Su, Chairman and CEO of Lextar Electronics, stated, “Suzhou & Chu Zhou Modern Industry Park is the third location Lextar Electronics has invested in China after Suzhou Industrial Park and the Xiamen Torch High-tech Industrial Development Zone. Besides our sound foundation in the lighting and backlight market, we will focus on various emerging applicative business opportunities such as LED automotive lighting, UV, IR and others.” The new site of Lextar Electronics at Suzhou & Chu Zhou Modern Industry Park will be capable of manufacturing key lighting components on its own. It expects to build an industrial chain settlement of LEDs in the future to implement the vertically integrated manufacturing of LEDs.

Lextar Suzhou, China and Lextar Electronics are both subsidiaries of BenQ Group. Lextar Electronics was founded in May 2008 and manufactures LED epitaxy, chips, packaging, modules and smart lighting systems. Their scope of application includes LCD backlights, commercial and consumer lighting, automotive lighting and the special applications of UV and IR. Lextar China was founded in Suzhou in 2010 and currently has around 2,500 employees. BenQ has more than 15 individual corporations, more than 100,000 employees and its total revenue was US$22 billion in 2016.